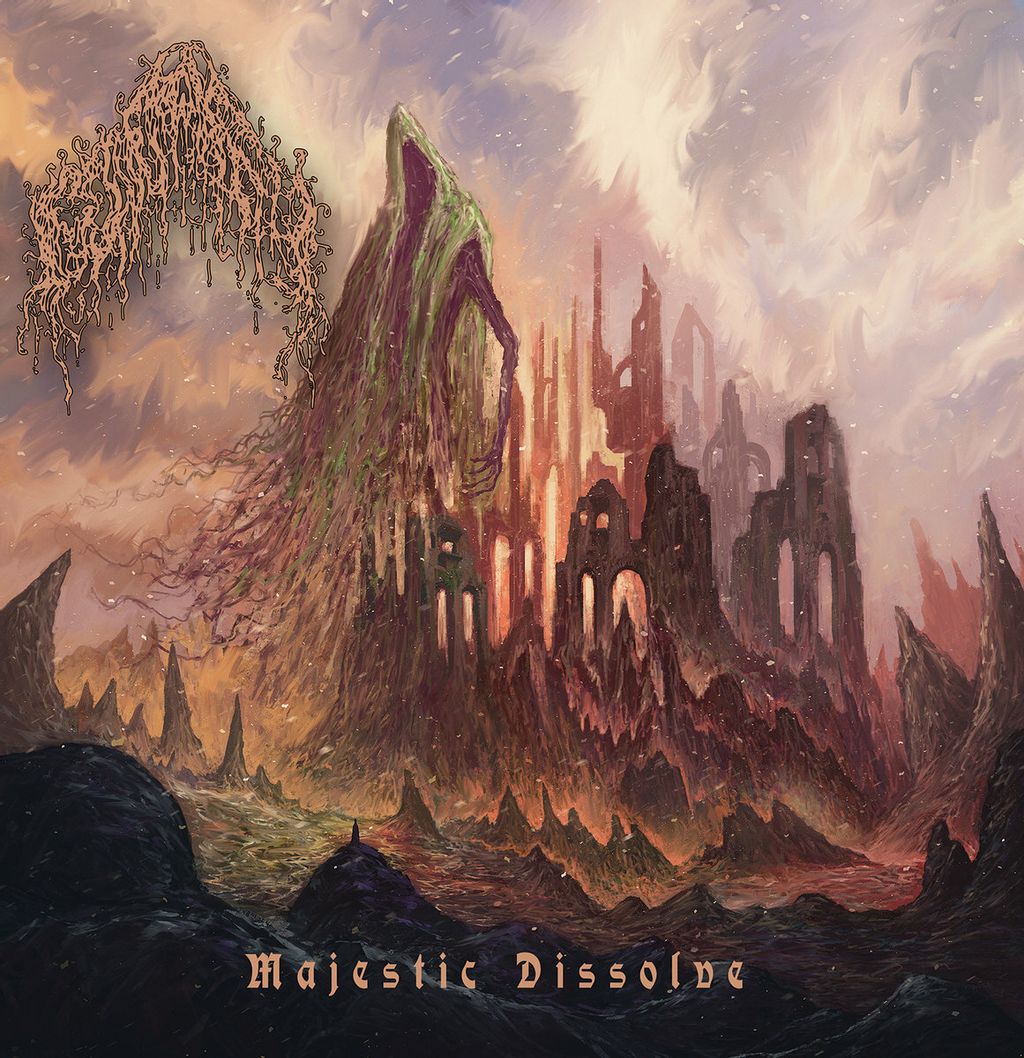 The highly anticipated debut full-length by this U.S. band. Hailing from San Diego, California, Conjureth formed in 2018 with the goal of continuing the traditions forged by the originators of Death Metal. Indeed, they did that with two demos in 2020, "Foul Formations" and "The Levitation Manifest". That the members do or have done time in such bands as Encoffination, VoidCeremony and Ghoulgotha, among many others, is a moot point; Conjureth are equally Death Metal, if not more so, but reside in their own ancient sphere altogether. Evidence of such can be found with their debut album, "Majestic Dissolve". Taking influence via everything from Florida to Finland, the power-trio steamroll their way through late 80´s-inspired filth. There was a short time when Death Metal wasn´t primarily full of blastbeats, caveman riffs, ultra-low-tuned guitars and super-guttural vocals. Sadly, this era was fairly short-lived, but we all know how it spawned some of the most classic material the genre has ever seen. As brazenly displayed by the 10 songs comprising "Majestic Dissolve", Conjureth slots in that bygone age of 1986-to-1989-style Death Metal with a heaping portion of Thrash Metal riffing and a dash of the technical side of things that would be unearthed a few years later. It´s both "by the books" and also bent, as the weird & eerie title of "Majestic Dissolve" suggests, not to mention its mesmerizing cover art courtesy of Erskine Designs. Put simply, Conjureth is a band that celebrates the past giving birth to the future. Girded in a scything mix & mastering courtesy of Javier Felez at Moontower Studios, "Majestic Dissolve" is modern proof that death is just the beginning!