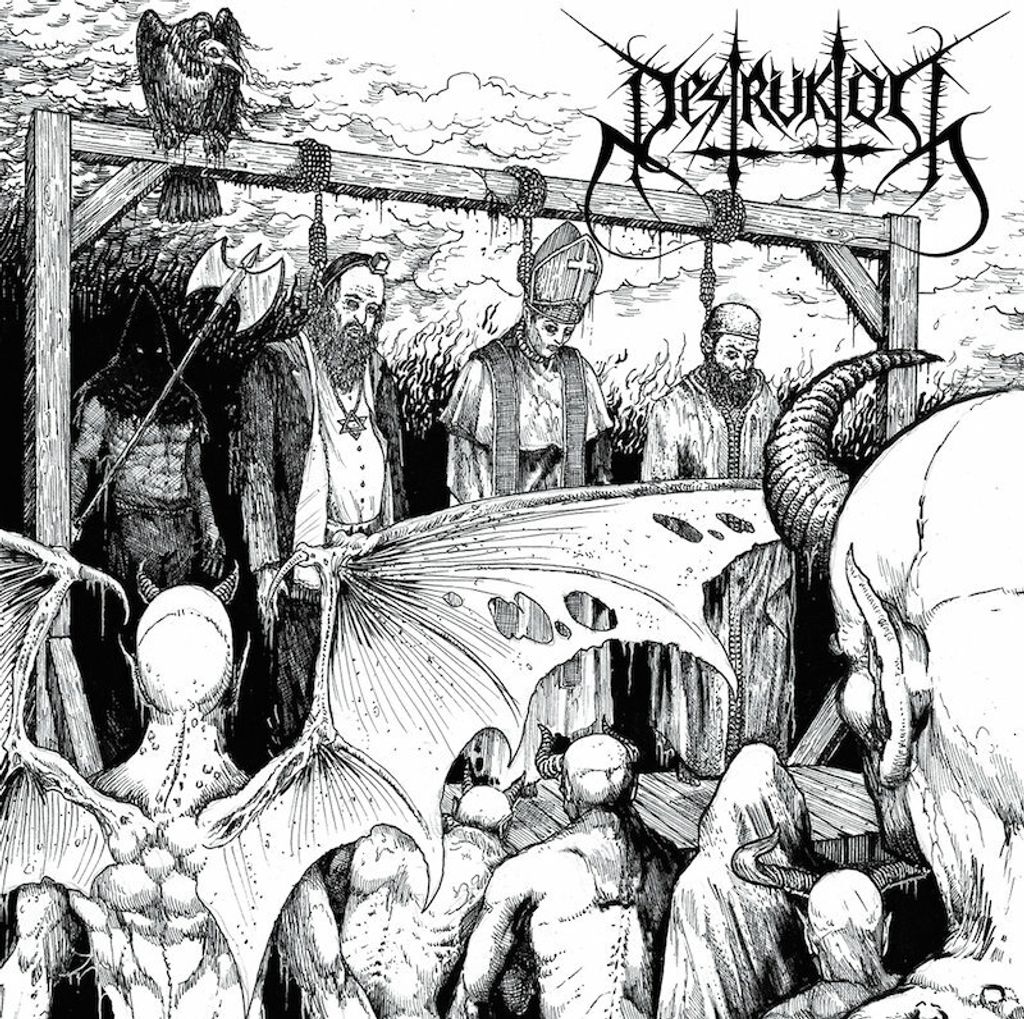 At long last, DESTRUKTOR return with their highly anticipated second album, "Opprobrium!" The band's first full-length in six years, "Opprobrium" follows the warring black/death path laid out on their critically acclaim debut album, Nailed. Since 1997, these Aussie tyrants have been patiently honing a sound that seethes with the war-metalled fire their homeland's world renowned for, yet over the years finessed with an acute attention to propulsive, immediately memorable songcraft. Nowhere is this more pronounced than on "Opprobrium." Across seven swift songs in a lean 'n' mean 34 minutes, DESTRUKTOR quickly whip up a fury that walks the fine line between chaos and control - neither too blackened, nor too deathly - maintaining the teeth-gnashing gnarliness of their early work whilst exhibiting a startling sense of clarity. That clear-yet-crushing production amplifies DESTRUKTOR's scabrous assault tenfold here, every track a heat-seeking missile until the penultimate closer, "Forever the Blood Shall Flow." Indeed it shall, as you prepare for the force of "Opprobrium"...