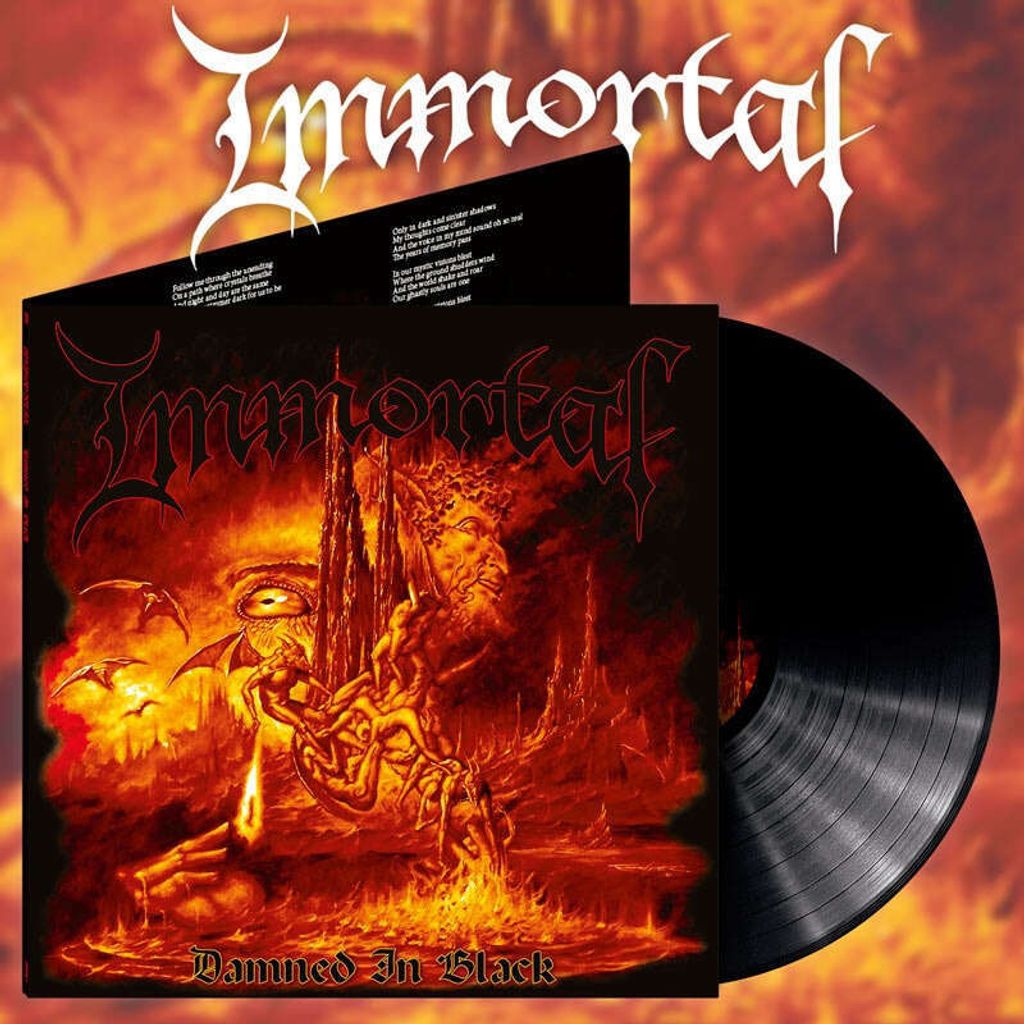 OSMOSE PRODUCTIONS is proud to present a reissue of IMMORTAL's classic sixth album, Damned in Black, on CD, gatefold vinyl LP, and cassette tape formats.The IMMORTAL name is indeed immortal; in fact, it is legendary. And for good reason: the Norwegian band's run of six albums for OSMOSE set unprecedented standards in black metal – and beyond. Whether it was blistering speed, epic atmosphere, and most especially just downright amazing songwriting, IMMORTAL's work during the 1990s has rightfully reached successive generations of metal fans, and arguably stands as the “gateway” to black metal for folks generally not acclimated to such.


Originally released in the year 2000, IMMORTAL kicked off the new millennium in grand style with Damned in Black. Due to their increasingly hectic touring schedule, the band welcomed bassist Iscariah into the fold fulltime, and Damned in Black marked his first recording with IMMORTAL. Likewise, the album followed the transitional classic At the Heart of Winter, where the band sought a more slowed-down and definitely more epic sound. But “slowed-down” is all relative in the world of IMMORTAL, and Damned in Black brought back much of the band's trademark speed whilst not losing any epicness – and the closing title track is THE definition of EPIC. Reinvestigate this overlooked gem of the IMMORTAL catalog and forever be Damned in Black!