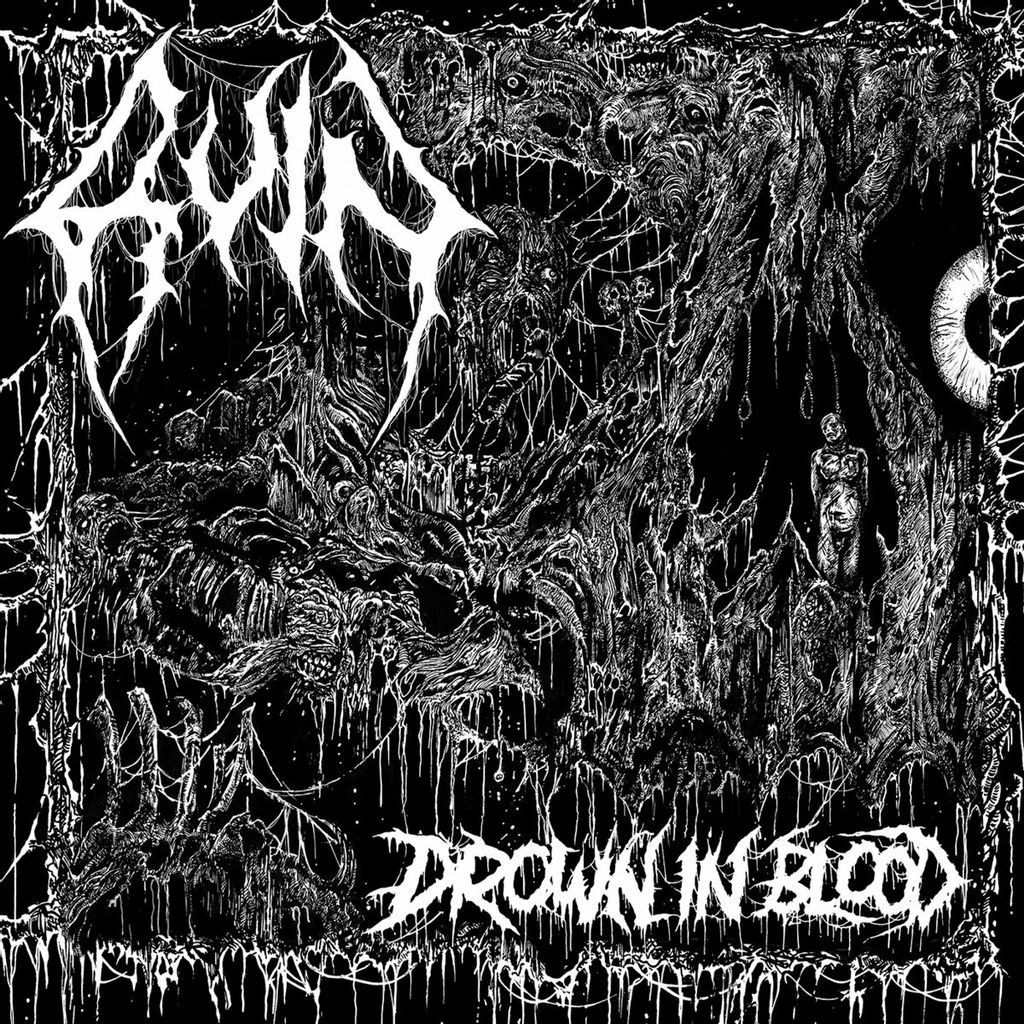 The long-awaited debut full-length of this U.S. band. Not much is known about the anonymous aural torturers known as Ruin. The small amount of information that we do know is that the band was formed back in 1991, somewhere in the United States. Due to various members of the band being incarcerated and institutionalized, Ruin was disbanded at some point later that year. Rumors have also swirled that the band members were/are part of some sort of cult. Now free from any obstacles, the Ruin Death Metal machine was re-started again in 2015, and work began in earnest for what was to become their debut album (at last!), "Drown in Blood". With roots firmly planted in utter and complete musical devastation, Ruin´s sonic debauchery is mean, vicious, spiteful, raucous, and sickening Death Metal. Shit-heavy and strewn with shit, their long-brewing "Drown in Blood" is pure and utter ugliness enriched with doomed-out passages, crusty tempos, and sudden blasts that are meant to turn your stomach without care. Vile and viscous, filthy and foul, the influences seem to come from some sort of bastard child spawned from Hellhammer covers being slammed out by Realm of Chaos-era Bolt Thrower taking place in the jam room of Finnish sickos Abhorrence in 1989: that's how heavy and crushing their stuff is, offering no remorse and no escape for the helpless/hapless listener. That's how you Drown in Blood, y'know? If you're a fan of putrid old school Death Metal and the aforementioned bands as well as Sweden's Crematory, Rottrevore, Undergang, Demigod, Rippikoulu, Autopsy and Cianide, then you will put Ruin in the same puke-infested bucket. Memento Mori unleashes "Drown in Blood" on CD format, and toilets the world over will cower in fear!