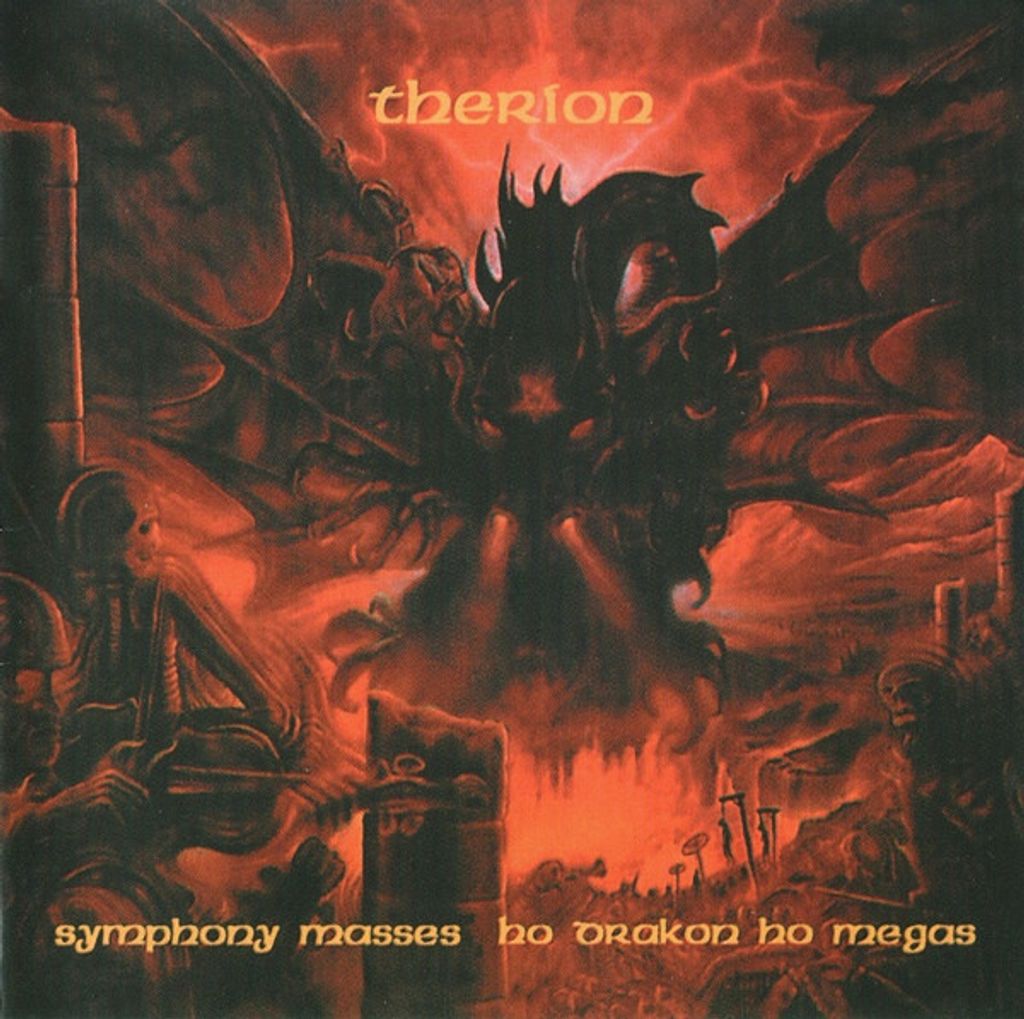 The symphonic metal masters THERION around mastermind Christofer Johnsson belong to the spearheads of orchestral metal since their 1996 album "Theli".

In the early history of the band, however, they were more on dark death metal paths. The three albums: "Beyond Sanctorum" (1992), Symphony Masses: Ho Drakon Ho Megas" (1993) and "Lepaca Kliffoth" (1995) are released as remastered CD reissues via Hammerheart.

A Heavy Dark Occult metal album, spectacular in its uniqueness. Invoke the Dragon! With original artwork.

This is the kind of album that showed the boundaries of Death Metal were not completely explored, as Therion had already partially shown on their previous Death Metal albums where they were one the unique few bands that combined Death Metal with keyboards. On the other hand this album showed that Therion had progressed out of the Death Metal stage where they had gotten the fame of being original within the boundaries of the genre, while still keeping a lot of the elements that were being heard on the previous effort.

This third album deals with various occult rites and occult subjects, as reflected in the song-titles. The content itself could best be described as ‘Dark Occult Metal’. It’s not Death Metal, not heavy metal, and not exactly a mix either. This album takes a lot of elements from the previous album, and introduces a number of new elements, a lot of which would return on the following albums.