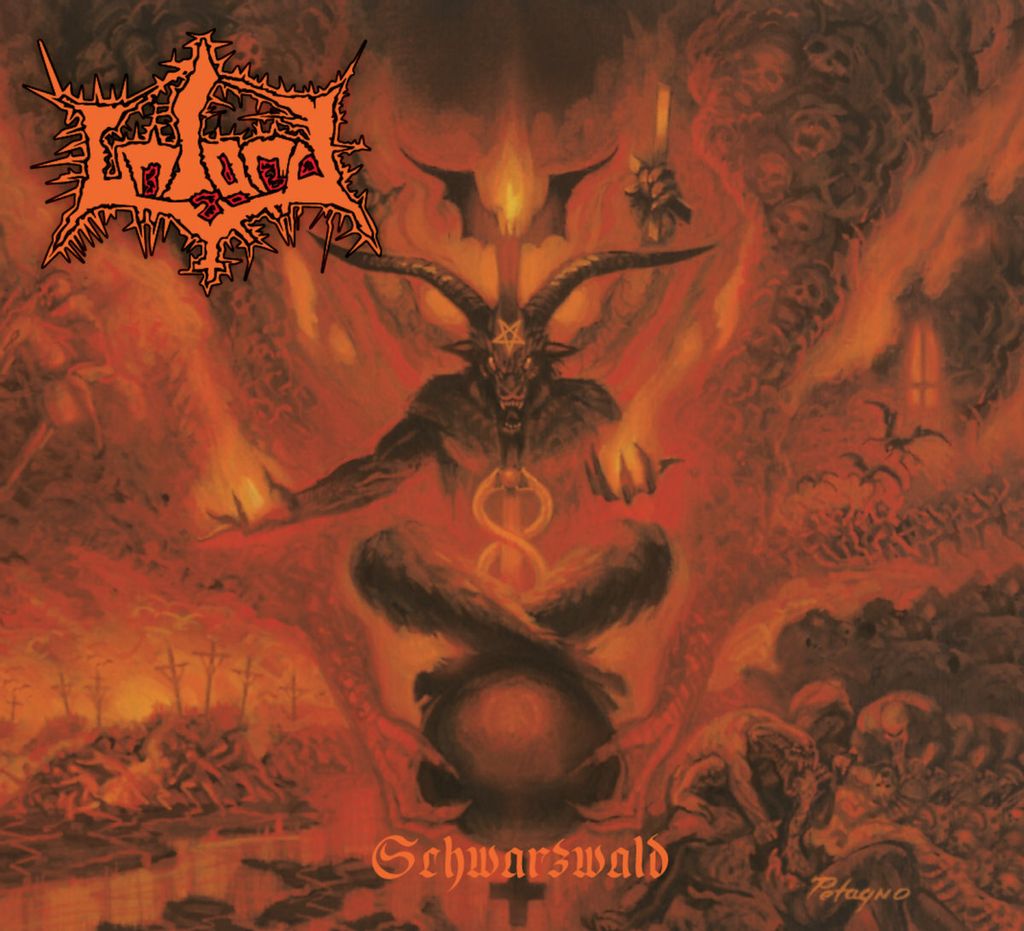 Formed in 1989, UNLORD are widely considered among the Netherlands' very first black metal bands, if not THE first. Although they never publicly released any demos, their three albums for the sorely missed Displeased Records – 1997's Schwarzwald, 2000's Gladiator, and 2002's Lord of Beneath – stand as a nigh-untouchable trio of freezing-fire black metal incarnate. UNLORD's proud ‘n' pure synthesis of bazooka-blown speed and violently melodic riffing reeks of late ‘90s nostalgia but also sounds remarkably fresh today, nearly 20 years after their untimely breakup.
In 2002, with ultra-violent black metal on the wane, UNLORD stuck to their guns and released Lord of Beneath. While its cover hues evinced a mysterious blue, Lord of Beneath was just as fiery as its two full-length predecessor – arguably, even more so! Indeed, UNLORD remained as uncompromising as ever: they knew who they were, and they weren't gonna change for the scene's ever-fickle tastes. As such, their third (and sadly, final) album finds a rarely rivaled balance between utterly unhinged speed and powerfully precise execution.

Back in print on special digipak CD and, for the first time ever, on vinyl, the past is alive with UNLORD's Lord of Beneath!